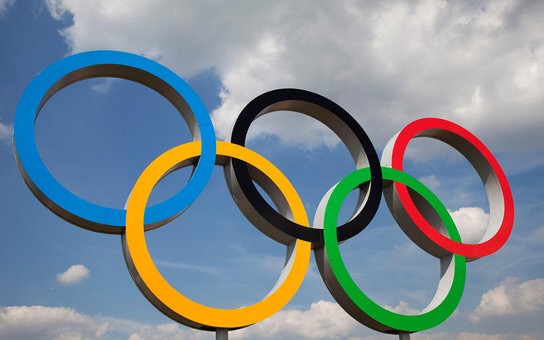 People don’t understand the amount stress, hard work, faith, and dedication it takes for both the family and the athlete to reach the grand stage of the Olympics. Track and field is just as professional a sport as all the others yet in America this is the only moment that matters, 4yrs later. For women and men they put all other components of their life on hold: family, friends, relationships, college, and non-athletic careers, and they make the Olympic quest their life’s mission.

As an elite track and field athlete, you get one shot and you must give 100%. There are no breaks, except at practice. There are no do overs, except at the next competition. There are no excuses, because there is no national platform for them to speak to press nor concern for no athlete but the winners. As opposed other sports where you have chance upon chance to get it right, enormous exposure, and frequent games. In track, the next competition is usually a week later and in another country.

It’s so unfair that Track and Field is only known as an Olympic sport. Every other sport has its own tab on search engines and highlights and background stories are shown daily. This lends to continued perception that track and field athletes do nothing between Olympic years. It’s amazing how ill-informed the average American is about the current track athletes when in the 80s and 90s the sport was extremely popular. Then there was a plethora of athletes that lended it’s way to having fans of the sport. Now it’s been broken down to barely and handful. Because of such sporadic coverage of the sport, the impact of their performances are also often minimized.

So these athletes push their bodies to the limit hoping that their peak performances fall on the highlight year of both the sport and in many cases the defining moment of their careers, the Olympic year. It’s sad because 90% of these athletes that even make it to the Olympic Trials for one of 3 spots to make the team DONT.

So when you think about it, an Olympian’s conquest is not just about sacrifices but also a gamble. With little earnings and a 1 in a million opportunity to reach dreams of Olympic gold, many athletes get trapped in the vortex of “maybe next times.” This vortex then holds athletes hostage well beyond their hay-days to being lost in the circle of what’s familiar, training for the gamble and the dream.

It’s unconsciously hard on the athlete and equally hard on the family. We go all in with them. We adopt the same diets, sleeping regiments, and calendars. Their highs are great and their lows are heavy. In the stands, we hear both the naysayers and the fans. We wait for them to finish receiving all the praise when successful and run to pick the pieces when the race is not so good. We have to remain overly optimistic in preparation for those moments when their nerves turn to fear. We hold our breath when the gun goes off and exhale only after we’ve seen them smile. Perspective on life only matters when they tell you they are ready to accept it. But what we represent is beyond words. See athletes aren’t seen as human. They are these perfect beings that perform amazing feats at will and aren’t allowed to make mistakes. The business of sport is extremely brutal. They use the athlete for all they have and once they have nothing left to give, sport throws disregards them as if they never existed. Family is a reminder that they are infact human and that good or bad, we are always in their corner.

It’s our job to keep them grounded and to protect them. At the highest level of all sports, those involved in their lives milk them for everything they are worth. We must in this case, make sure that the milk is benefiting the athlete as well. Because in an instant, it all disappears till another 4 years and hopefully they are fortunate to make it again. That’s why it’s important that we stay by their side to capture those great moments because Great moments are fleeting.