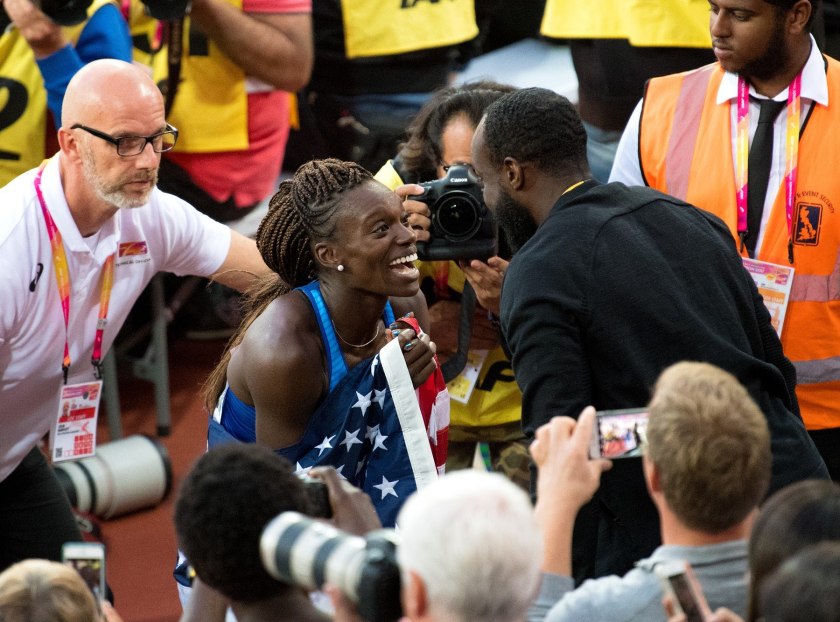 Oh how the 8th grade changed my life! Ever since that fateful day at Clyde Jordan Stadium, waiting to run the 200m hurdles, you’ve had my attention. I later captured your attention when you were later put in our 100m hurdle race and I was the only on to beat you! Little did I know, it would be the beginning of a lifetime together.

I was there to catch you when you stumbled across the finish line at the sectional meet after damaging your knee days earlier. I brought you flowers after your first knee surgery in 10th grade. You were there for me when I fell over the last hurdle junior year at the state meet in 2nd place. You called me for relationship advice in college and knowing I would see you at Nationals was my motivation to get to NCAA’s. I was there in 2007, in that small French city, when you ran a PR propelling you into the limelight as a premier hurdler. I was in the stands in Oregon when you made your first Olympic team by 0.007secs. All of these experiences were through the lenses of buddies from the same hometown. 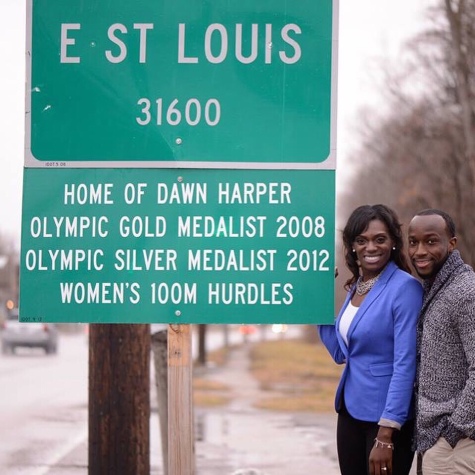 It would be a total of 10 years after graduating high school together, our relationship evolved into partners and you began solidifying yourself into the history books winning your second Olympic medal and first of four Diamond League Trophies. Before, I observed you from a far, putting in hard work to be the best hurdler in the world. As your life-partner, I grew to understand that the grind of being the best was so much harder than one would imagine because your efforts weren’t always appreciated. Though you were consistent and always came through in the clutch, you were still seen as the underdog. I sat with you and gave you my shoulder as you cried in frustration and confusion. Still you persisted and stayed true to you. 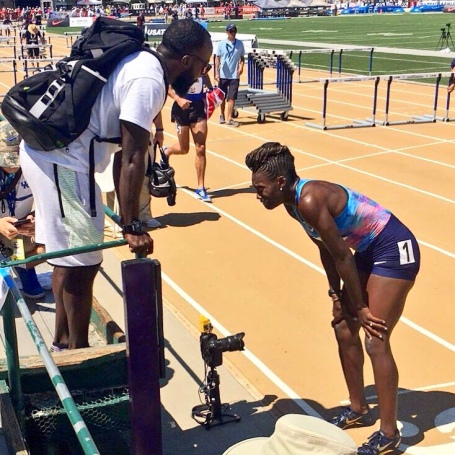 You’ve accomplished more than any other hurdler ever has. THIS is something that cannot be denied! Olympic gold and silver, World Champion silver and bronze, Continental Cup gold and championship record, 4 Diamond League trophies, 4 USA Championships, and 8 USA team appearances. The thing about accomplishments are, they cannot be compromised by the opinions or the hopes of others.

Your strength is unparalleled. I’ve watched you fight through 2 knee surgeries to make Olympic(2008) and World Championship(2011) teams. I was outraged along with you as you dealt with unfair ridicule in 2012 after winning silver, we prayed and cried together when you had your blood pressure scares. When I see I you, I see an Overcomer.

You are my hero and I’m honored to have experienced all of this with you. But I’m more excited to be facing the next chapter of this journey together. Though I won’t have to be in race shape or carry any more hurdles, I’m here to carry whatever the future holds for us. 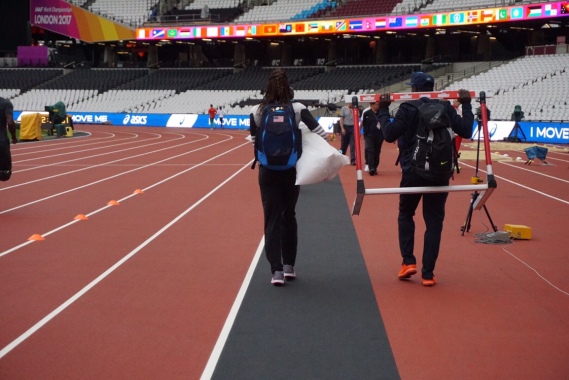 May God be our guide as we face it together.

5 thoughts on “Open Letter to my wife”