Mr. Nelson, who did you vote for? I was asked this during an informal observation in class, and I quick wittingly answered, “for my freedom.”

It is not about who you vote for, but rather (if you are a person of color) that you exercised the right that your predecessors fought and died for. That you allow your opinion to fuse to others in choosing your local officials. In another class a student says, “People make comments like, why don’t you go back where you came from? But we didn’t come by choice, so if they didn’t want us here, why did they bring us in the first place?” My response was a mini history lesson on America. I briefly stated information on the following:

I continued, ” Reality is: the world is racist, very racist, but its a lot better than it was.” I then told them about all the things within the classroom they can do that was illegal and/or punishable by death. I mentioned things like: knowing how to read and write, going to school, whites and blacks going to the same school (Thanks to desegregation), sitting next to white women, walking down the hallway on the same side as their white counterparts, using the same restrooms and water fountains, holding your significant other’s hand in public, etc.

I concluded to them, “No president can change our current situations… only we can.” The black community has to stop playing the innocent victim to situations they create. For instance NO SNITCHING has to stop. When a person of authority (because we do it a school as well) ask questions about a situation to provide assistance and you don’t respond assuming the position of “keeping it real,” what we say is, ‘though I know the answer which could solve the issue, save future lives, or prevent another crime, I’d like for you to figure it out on your own Mr/Miss Authority figure.’ We as a result devalue the situation and ourselves. So, what then resonates is that the people in need of assistance don’t want help THAT bad. 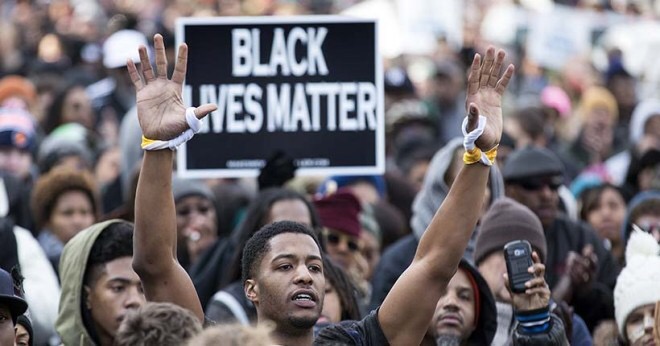 Unfortunately, in the education arena, this is a recurring experience for me. I cannot help a student that doesn’t put forth any effort to help themselves. Many communities, particularly communities of color, have created an ideology based in unrealistic expectations; looking for handouts and wanting to receive more without putting in more work. What are we waiting for?! Black Lives Matter is a great initiative and has a powerful platform, but in order for groups and ideals like BLM to truly succeed, the Lives of the people they are trying to fight for must truly matter to them.

We must take the first step to changing our own problems. No one will work harder than we do at preserving our lives. No one will support our economy more than we are willing to. No one is going to support our educational system more than we will. So parents must remain active in their children’s educational career even after they learn to read and multiply. Of the institutions of higher education, Historically Black Colleges and Universities are in the worst shape because our graduates cannot give back to level of their counterparts. Homecoming festivities are their main fundraisers. The comparison of endowments of HBCUs to PWI (predominantly white institutions) are so drastic; it’s no surprise there are so many challenges to remain open. Hbcubuzz.com reported that the top 10 HBCU endowments range from $38 million to $586 million, while the top 10 historically white college endowments range from $6 billion to $32 billion. Let that sink in…

“Mr Nelson, who did you vote for?” Though many of us have, since having the right to vote, been debating rather to vote or not to vote, it is more important that we continue to explore all of our rights and exercise them all to the fullest. Our votes do matter, but our actions matter more.

7 thoughts on “Who did you vote for?”